Citra Terranova and Rowan Damisch have been born into a society freed from disease, accidents, poverty, and old age. Even death is a thing of the distant past most of the time. The sole exception to this is the work of the Scythes, whose removal of people from this utopian world is not considered murder, but gleaning. Scythes do the necessary work of gleaning the population within a strict set of rules and bureaucracy, for which they are simultaneously revered and feared. When Rowan and Citra are chosen for Scythe training by the same man, Scythe Faraday, they are both reluctant to learn the art of sanctioned killing and fascinated by the moral paradoxes their new circumstances present them. As power struggles within the Scythedom ignite controversy around them, the apprentice Scythes find themselves in a fight to the death against each other. 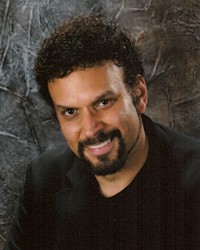 Shusterman has created a complex utopia where the lack of need and misery sits uneasily beside the lack of passion, creativity, and urgency. Nothing in this world is threatening except the abstract possibility of being gleaned, and so nothing seems promising. Shusterman excels at drawing the reader into the society he has created and asking “what would you do if you knew you would never grow old or die? Who would you become if you were the sole instrument of death to people who no longer fear its power?”

Greg Tremblay is not a narrator with whom I have prior experience, so I wasn’t sure what to expect from the audio production of this complex and often weighty story. Titles with two main characters of different genders are often recorded by double narrators, so turning the entire narration over to one person felt like a little bit of a gamble. 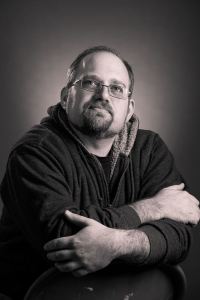 I am happy to say that Tremblay accomplishes a great feat of narrative skill with this audio production. He creates distinct voices for both Citra and Rowan, making it quickly distinguishable who is speaking even in scenes where they are talking to or alongside each other. He ably voices a variety of secondary characters as well, from the steady Scythe Faraday to the bombastic High Blade Xenocrates, and his female voices have an appropriate pitch difference without being squeaky or shrill. The narrative, made to match a “perfect” world that is somewhat flat and featureless, risks being boring in audio format, but Tremblay’s biggest accomplishment to me is in finding the right quiet tone to suit the world and story. This production will grab your interest and hold it through to the very end, leaving you curious to see and hear what happens next.