Carver Briggs would never have done it if he could have known what would happen. He would give anything to take it back and undo the consequences. But one day, he wrote a text, and now his three best friends are dead.

In Jeff Zentner’s second novel, Goodbye Days, he explores the ripple effects of a single tragic event. The Sauce Crew are four talented teens who have been inseparable for years: artist Mars, musician Eli, comedian Blake, and writer Carver. When the others are late to pick him up one day during the summer before their senior year, Carver texts Mars, who slams into the rear of a truck shortly afterwards, killing everyone in the car.

The book follows Carver through the next several months of his life, with side trips into memory and fantasy as Carver learns to cope with his loss, guilt, and shame. Some people, including Mars’ father and Eli’s twin sister, blame Carver for the accident and wish to see him punished, while others like Blake’s Nana Betsy want to find out more from him about the inner lives of their departed loved ones. This leads to a series of “goodbye days” in which Carver and the families of his friends celebrate the lives and mourn the deaths of the boys.

If this sounds like a pretty heavy novel, it is. There is a generous helping of humor and grace within the story as well. Michael Crouch takes on the challenge of narrating these twists and turns and excels at drawing the listener in to the story. He channels Carver’s pain and fear, making them palpable in every word. Carver’s panic attacks seem like you are experiencing them along with the character, all gasping indrawn breaths and choked words. Since Carver narrates from the first person, Crouch really inhabits the character and makes you feel the maelstrom that exists within someone dealing with a well of grief and guilt. 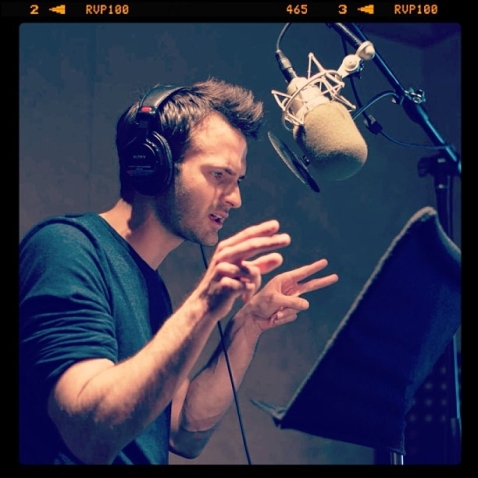 Crouch also creates vocals for a secondary cast with a wide range of unique styles. The story takes place in Nashville, so many of the characters have varying degrees of Tennessee accent, which sounded pretty authentic to my Georgia ears. I liked that they didn’t all sound like the same default “Southern” accent. He also took into account both the character’s personalities and their feelings. Sweet Nana Betsy is soft and comforting, even when overcome by loss. Judge Edwards, Mars’ terrifying and implacable father, booms with authority and with boundless rage at what has happened to his son.

The Odyssey award takes into account many factors of excellence in production and performance. Sometimes a standout title can be a complex multi-cast project, or something with a lot of music and intricate production design. And sometimes, it’s simply a good story, well told, with a narrator who can draw out the nuances of the spoken dialogue and the unspoken meaning behind it. Goodbye Days was one of those titles for me.