Guest blogger Katya Schapiro gets a chance to listen this popular fantasy.

Nnedi Okorafor’s popular 2011 Akata Witch, and its much anticipated sequel Akata Warrior,  have made frequent appearances on lists of Harry Potter read-alikes and catalogues of diverse fantasy for years, but the story only arrived in audiobook format in March 2018.

For those, like myself, who have had the print title on their TBR list for an unforgivably long time, the audiobook release provides a great excuse for an introduction to this engaging series.

Sunny Nwazue was born in America, but her family is Nigerian, and moved back to live in Nigeria several years before the story begins. She has a loving family but is on the social fringes at school, both for her American (akata) accent and ways, and because of her albinism, which limits her out-of-doors activities and is considered ugly by many. When she is befriended by the quiet and kind Orlu, and later by his outspoken friend Chichi, she finds herself caught up in a world of adventure and magic that runs parallel to the everyday, training her inborn skill as a member of the Leopard Society, preparing to face a formidable foe, and asking unanswerable questions about her family’s past.

The comparisons to Harry Potter are imprecise but apt–there is magic learning, statutes of secrecy, harsh and sometimes seemingly careless adults, and a strong ‘chosen one’ theme throughout, but the aesthetic is less cozy and more modern, and the magic world is more thoroughly integrated with the day-to-day. The fully-realized setting and the clear, confident voice of the protagonist as she struggles with information overload and lack of sleep give the story a solid realism that grounds all that magic and mystery. 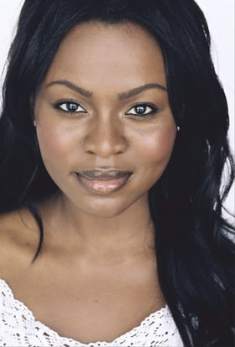 Akata Witch is a challenge for an audiobook narrator because it incorporates many characters with a wide variety of expression and accent (from many countries in West Africa, and from the American Nigerian diaspora), and the storytelling moves between Sunny-perspective chapters and excerpts from ‘magical’ books that elaborate the world in which Sunny finds herself. Yetide Badaki is more than equal to the challenge, creating character in the gradations of verbal nuance, while giving each main character, especially Sunny and Chichi, a distinctive voice. The story is variably paced, and some of the final action goes very quickly, so I found that a catch-up re-listening was necessary from time to time, but this is an audio version that does justice to its justifiably enduring print telling.

Katya Schapiro is a Senior Children’s librarian at the Brooklyn Public Library. Some of her first literary loves were audiobooks (on vinyl!), and she remains a voracious listener of radio plays and audiobooks. Originally trained as an actor, she relishes the nuances and the production values of the rapidly expanding audiobook world. Katya also blogs for Guessing Geisel, and reviews for School Library Journal.