Matthew, Rory, Henry, Clay and Tommy- these are the Dunbar boys. They fight and play, laugh and yell. Everyone knows them, knows how it’s been since their mother died and their father left. But when he reappears years later with a request, it will change everything the Dunbars know about themselves and their history. 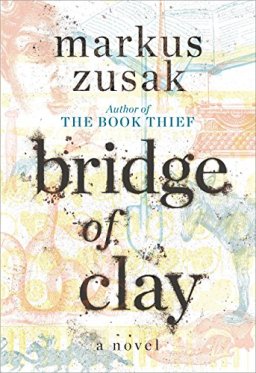 To say more about the plot of Bridge of Clay would be to give away too much and not enough. Markus Zusak’s first novel since bestselling phenomenon The Book Thief is a story both simple and profound. At its heart is the nature of grief, the power of love, and the realization of what it means to be family. The frame is linear, a bridge is built, but the scope of the true story moves back and forth, wrapping in on itself and uncoiling into a new version of the truth. The listener slowly uncovers the history not just of the Dunbar boys, but also their parents: the only son of a single mother and the only daughter of a single father with hidden depths and mysteries of their own.

To navigate the swirling waters of this complex tale requires concentration and effort, and in the audio version, an expert guide. Luckily, the most expert of guides is available. Markus Zusak narrates his own novel, bringing to the effort an extraordinary ability to make sense of the novel’s sometimes dense prose and striking imagery. In a story where it’s possible to have a flash-forward inside of a flashback inside of a story inside of a memory, Zusak’s steady narration provides a sense of clarity and calm. It’s a rock you can cling to while the narrative washes over you. 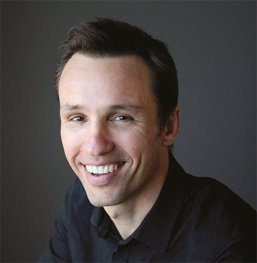 Zusak also strikes just the right note for the cultural and geographical setting. The book is unabashedly Australian in location and idiom. To hear this come through in the author’s own accent and voice adds such a strong dimension to the work that it would be a shame to deprive oneself of it by merely reading the print. It doesn’t hurt that the Zusak has a talent for narration. The mechanics are all well under control, no sign of the badly supported breathing or fumbling for pronunciation that sometimes happens with author-read works. He especially excels at adding hints of emotion where needed- just a touch of trembling sadness or breath-catching happiness. The production in general is top-notch and basically free from technical glitches.

This story isn’t going to be for everyone. It asks a lot of the reader in terms of patience, recall, and connection-making. But the payoff is a uniquely beautiful and complex work that (especially in audio form) is a rare journey of discovery. Also, there’s a sassy mule named Achilles. Who can resist that?